One of the predictions that I posted might happen when the mining reward dropped from 50 BTC to 25 is that GPU Miners will get switched off because the price in electricity to run them would far outweigh the bitcoin reward they generate, I proposed that this would lead to a drop in the bitcoin network computation speed.

Well, I was wrong.

If you have a look at the graph below (provided by the great team over at http://bitcoin.sipa.be/) you will see that today, the 3rd of December 2012 a full 4 days after the reward drop the network computation speed is actually growing. 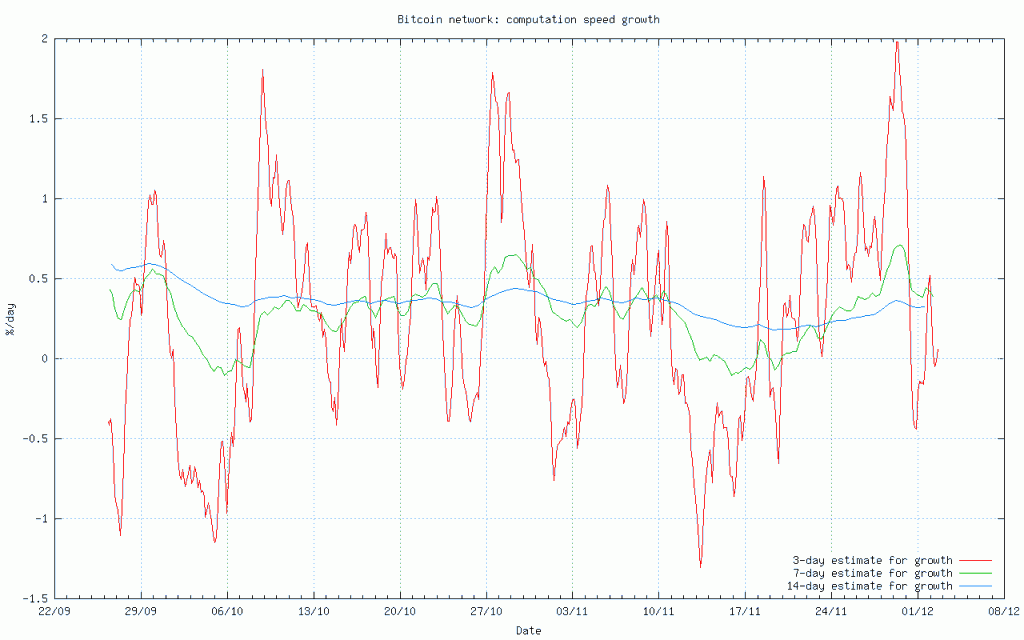 I admit it, I am baffled.  Doing calculations based on my GPU miners and New Zealand domestic electricity costs you would get just under 1.9 times the amount of bitcoins by turning off your GPU miners and buying bitcoins directly with the money that you saved on your electricity bill, I cannot imagine that it would be any different anywhere else in the world.

There are a few ways that GPU miners can still be profitable, MineForeman runs on industrial power rates (substantially cheaper than domestic rates, you have to buy a lot of power though), some miners are running FPGA rigs, others live in "fixed" power cost apartments and still others just suck up their parents power.

I cannot believe that everyone has these advantages though, I struggle to believe that even most of us miners do.  Perhaps at the end of December when people compare their power bill to the amount of bitcoins they have generated we will see a drop in generation power and an increase in volume at the exchanges, but I am not making any predication again!