Luke-Jr developer of the popular BFGMiner bitcoin mining software has spent a bit of time at Butterfly Labs headquarters working on driver support for their new ASIC bitcoin mining devices and has released photos today on BitcoinTalk showing us photos of what he says is a prototype Butterfly Labs Little Single ASIC hashing. 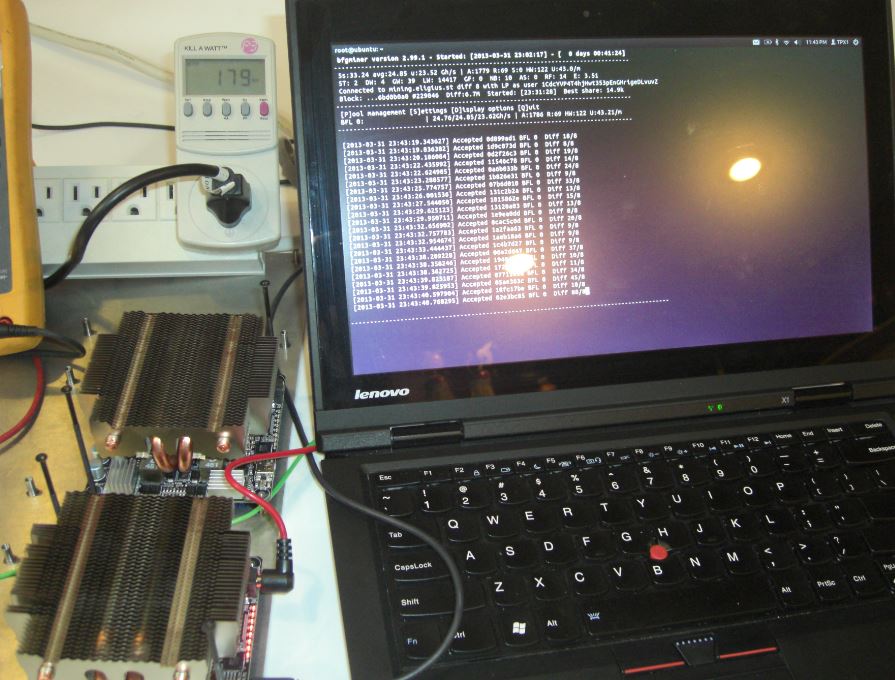 If you look at the image above it shows two ASIC bitcoin mining devices on the left and one of them seems to be plugged in and running, above that you will see a power meter showing that there are 179 watts being used.  The laptop is running BFGMiner running one Butterfly Labs device at what looks to be somewhere around 23 to 24 GH/s. 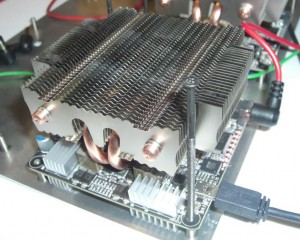 While those are not the specifications for the Little Single (originally meant to be 30 GH/s at 30 watts) this is just a prototype that Luke-JR is using to perfect mining software support for BFGMiner.

Another image to the right is a close up of the ASIC board in operation with the USB cable to the bottom right and the red power lead just above that.

As a final note the post was made on April 01, 2013 at 06:36:32 PM so while Luke-Jr seems to be earnest in his statements it could turn out to be one of the cruelest April Fools joke  in bitcoins short history.