With the difficulty continuing to climb at an unprecedented rate the next jump is only just around the corner.

US company CoinTerra originally entered the Bitcoin ASIC miner market only 4 months ago in August. The plan at the time was to build 28nm ASIC processors running at an impressive 1.4GHz that would achieve 500 GH/s. To do this they secured \$1,500,00 in venture capital and assembled a team of engineers with some impressive credentials.

The original offering was a ASIC Bitcoin miner that will sell for \$13,999 capable of sustaining 2 TH/s and was to be delivered this month (December 2013). As with most mining hardware companies though, delivery is going to be late but according to the latest blog post made today on the CoinTerra site it seems that delivery is imminent;-

Today we can announce that we have now entered the final phase of the fabrication process and we have received target dates from our partners regarding finalization of key components in the GoldStrike™ I ASIC chip:

This announcement was not the only bit of news from CoinTerra today, in another blog post they also gave us a look at the already in fabrication and production PCB's and Case. The first image below is the top of the board that hosts two GoldStrike™ 500 GH/s chips for a total of 1 TH/s. The chips displayed on the board are "dummy" chips used to optimize the manufacturing process.

Also present are the DC/DC converters to power the chip and an unnamed microcontroller presumably use to run them. I cannot make out what the controller is though. 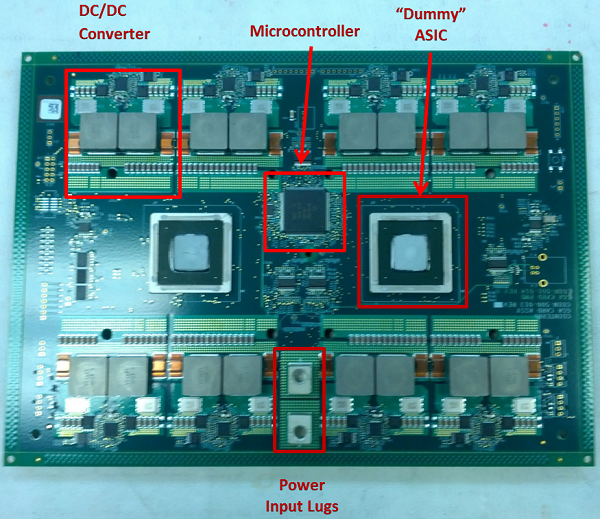 The next images is of the bottom of the PCB and shows very little of interest apart from demonstrating how big the DC/DC converters are. 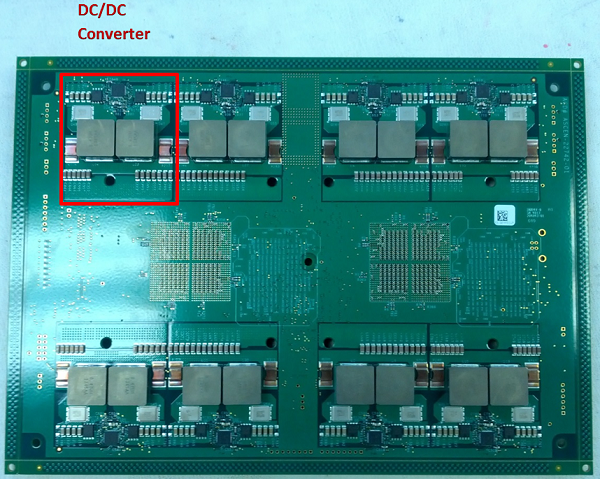 The last image shows a complete assembled TerraMiner™ with a single GoldStrike PCB board in place. If you were able to get you hands on it today (with working chips) that single unit would be able to produce 0.55364787 BTC a day, or in US Dollar terms just under \$500 a day. 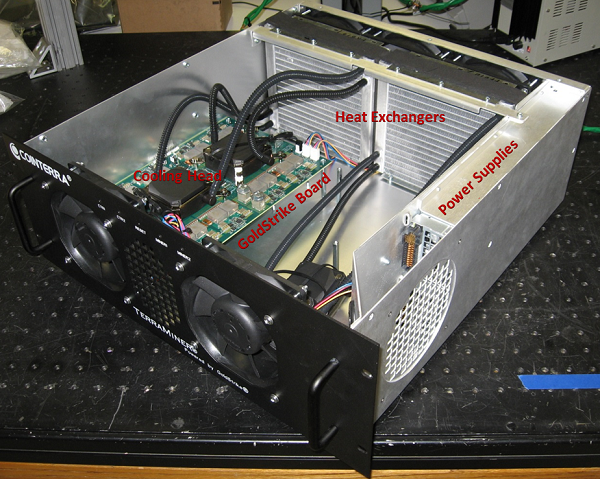 Before you go to your bitcoin wallet though (they accept bitcoin or bank transfer) even though they are meant to be shipping within the month there is a long backorder queue and if you are not already in the queue the soonest you could possibly expect to get a miner would be the \$5,999 April 2014 Batch.

Additionally, even if you do decide to spend the \$5,999 (or just under 7 BTC at today's rates) for the 2 TH/s TerraMiner™ miner that would arrive in April 2014 it is uncertain if you will ever make a return on your investment because of the current rate that the bitcoin difficulty is increasing.

DICLOSURE: I have a TerraMiner II – 1TH/s, Networked ASIC Miner (Early January Batch) on order, I will review it once it arrives.