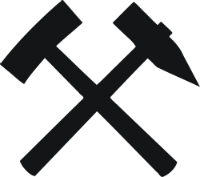 After my rather disastrous dealings with MtGox it has taken me a bit of time to re-organise things so something like that would never happen again, but I am glad to say that all of my duck's are in a line and I am ready to reopen satoshimine so that us international folks can get their hands on some bitcoin ASIC goodness.

The offer is simple;-

If you're too impatient head over there now, but come back afterwards.  I was new to eCommerce and trading with bitcoin on a commercial level and I have learned a few things running the first two group buys that I would like to share with you and whoever wants to get into bitcoin eCommerce in the future.

In true David Letterman style, here are the biggest lessons I learned;-

6. 'Normal Mail' is sloooooow.  I mean incredibly slow, it may be because we are now used to firing messages around the world in seconds but I was shocked to learn how slow.  The idea that a package could take weeks to get from one place to another did not even occur to me to be honest.  I put in multiple insurance claims on devices after 10 days only to learn that they were received on day 20.

What they were doing I don't know (sightseeing on the way??), but it is slow.

To cure this problem (as much as possible anyway) anyone who orders 5 or more devices gets upgraded to tracked and signed 2-6 working day tracked shipping.  Even if you are buying one device there is an option to upgrade your shipping.

5. Make things easy for people.  Believe it or not my biggest time waster running these group buys was people that could not write down their address correctly.  I had (in my naivety) left a text box for people to put in their shipping address, I just assumed that people knew how to fill in their address (especially since that was where their miners were going to be delivered!).

People forgetting to put in their country was the most common problem but that was easily solved (google maps for the win), closely followed by no Zip/Post code.

The most time consuming one though was people who forgot to put in their name!

The new addressing for SatoshiMine orders is a vast improvement, it takes advantage of javascript/ajax and the google places API.  By the time you have typed out the first 10 characters of your address the order form will be filled out for you (with exception of your name and email address, you still have to put in those :P )

4. Know your price's.  There seems to be a culture within bitcoin group buys to cut your margins as thin as possible, I have seen a few group buys where the markup is 5% or even less.  Taxes, packing and shipping have to be paid for, bitcoin price must be accounted for, and it all needs to come out of that 5%.

Worst of all, if anything goes wrong (and things do, see MtGox) you have to make sure that you are able to work your way out of it without stiffing your clients or going to live in your car.

Its also important to reward yourself!  Believe it or not, people don't mind paying for good service (provided that you give it to them).

3. Have multiple ways of 'cashing in' your bitcoins.  This was my biggest downfall, living in New Zealand as I do the local market is nearly non existent for large amounts so everything is an overseas wire transfer.

I now have successfully tried out 4 ways of turning bitcoins into the cash I need to run these group buys so this wont be an issue again (hopefully).

2. Bitcoin is for eCommerce Brilliant!  Building an eCommerce system with bitcoin is an absolute programming pleasure!

I don't even know how to begin to describe how well suited it is for eCommerce but it leaves PayPal, Credit Cards and Bank Transfers in the dust.

1. Communication is critical.  Your clients want (and deserve) to know what's going on.  When I hit my recent issues and could not continue until now it could have gone very bad for me.  I was in possession of peoples bitcoins, other people were still waiting for shipments from me, if I had handled things wrong I could have been the latest [Bitcoinia | Bitcoin Savings & Loan | Scam | Ponzi - take your pick].

Luckily for me I am quite chatty when I get behind a keyboard.  When things went sour, despite feeling a bit foolish for not having a contingency I told everyone everything.

A strange thing happened,  while I was sorting things out, only one person asked for a refund and I got offers of bitcoins and cash to help me out (I did not accept any but thanks to everyone who did).

To add to that people actually continued to order knowing all of my problems, so much so that we are actually 80% of the way to putting an order in with ASICMiner already!  (Everyone who stuck by me gets upgraded shipping by the way, thanks guys).

I wonder how many of the infamous  "Bitcoin Scams" could have been averted by people biting  the bullet, admitting there are problems and dealing with people instead of hiding from them.

Anyway, thanks everyone for your support, satoshimine.com has now re-opened.